I was having lunch with a gent who hosts a popular TV hunting show who was about to leave for Africa to hunt Cape Buffalo – Dangerous Game. It would be his first buffalo. During lunch, my friend was flipping through flashcards that showed proper shot placement from different angles. At lunch …. are you […] 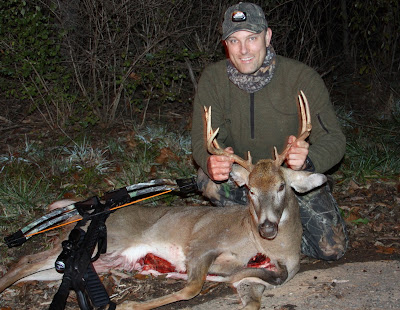 I was having lunch with a gent who hosts a popular TV hunting show who was about to leave for Africa to hunt Cape Buffalo – Dangerous Game. It would be his first buffalo. During lunch, my friend was flipping through flashcards that showed proper shot placement from different angles.
At lunch …. are you kidding me?
Intense – yes!
Important not to screw up – yes!
Serious guy – yes!
In Africa, small details matter. My friend was right to get ready and do his homework. Even if it meant looking at flashcards. That is why a PH (Professional Hunter) taking a client in the African bush is very sensitive to everything from how well the “sport” will shoot to the equipment and arms that are being used. A few years ago, I took a rifle to Africa in conjunction with a rifle manufacturer sponsoring a hunt. While taking a shot at a Red Hardebeest, this particular firearm malfunctioned and failed to shoot. In camp that night, it was the big event and was discussed for hours. While it was only a Red Hardebeest, it could have been a more dangerous critter. The reputation of that rifle product for that PH was forever tarnished. Now how does all this pertain to Kodabow?
The first thing that a crossbow must absolutely do is to shoot dependably.
Always!
100% of the time.
In Africa… in Pennsylvania….. first sign of trouble, leave it behind. That is the attitude among serious hunters.
If the bow won’t shoot reliably, all the other things that don’t matter – like bow cost , feet per second or even the number of dancing TV guys doing “high fives” like they just scored an NFL touchdown after taking a shot…. if the crossbow has the slimmest chance of ending up on a counter in an archery Pro Shop because it won’t shoot, it really should be game over.
Your confidence is gone.
When there is any probability that a part can fail or not function in harmony with a shooter in times of stress, it is not going on a Kodabow. Our recurve design takes away a whole bunch of worries if we were approaching this from an “African” perspective. We are far from the only people that figured this out. It is just worth restating. We don’t worry about cables fraying or cams being bent, damaged or getting off track. Yes, a Kodabow is “over engineered” but it is perfectly engineered for properly executing a shot on a game animal at 40 yards. It swings nicely to the shoulder and is well balanced.
Most hunters get excited to some degree when a game animal is within range but if the controls on the crossbow can help the shooter manage the situation naturally, a good outcome can be expected. That is why the Kodabow safety has a cam action, with ambidextrous levers on the right and left side of the receiver and a visual indicator to show that the crossbow arrow is properly loaded. The limb tips are tough and turn a weak exposure area into a strength.
Yes – we know all this isn’t as as sexy as having a couple of idler wheels, cams and a few changes in direction of string and cables. In fact, there isn’t much to say about two limbs and a string except that the odds are very high that the mechanism will work as designed. Should a mishap occur in the field, a Kodabow is perfectly engineered for a string change away from home. The use of machined components versus plastic or molded metal parts is favored because we know that it just makes more sense to have this level of quality between you and a Cape Buffalo (or bear, antelope or deer) in the field.
We are growing fond of a saying that we saw the other day which stated, “it is better to buy quality once than cheapness twice.”
In summary, most of us will never hunt dangerous game with a Kodabow. With the opportunities for hunting close to home, we are more likely to employ a Kodabow for deer hunting like the successful hunter and friend in the photograph above. Nevertheless, it is comforting to know that the engineering and thought process behind Kodabow will stand up well to the rigorous “dangerous game” assessment. This type of thinking and bow design comes with every Kodabow. Enjoy it.